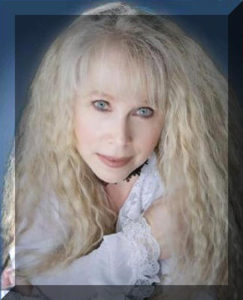 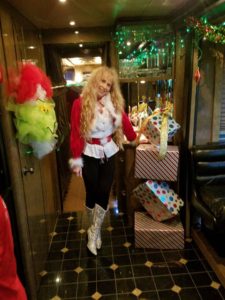 The Voice of Highway 101 :
A life well lived is the best foundation for a successful music career. So as Paulette Carlson enters the next chapter in her career, the petite blonde with the distinctive voice is infusing her music with a wealth of experiences that take her artistry to a new level. She returns to the country music community with the latest album, It’s About Time, filled with songs about life, love, family and the universal human experiences that unite us. The same voice that sent sparks through country radio leading the groundbreaking band Highway 101, with her self-penned song, “The Bed You Made For Me,” has returned with a compelling collection of songs that will quickly remind listeners of Paulette’s place in the country music community. As founder of Highway 101, Paulette helped re-define the face of country music in the late 80’s with such innovative hits “Whiskey, If You Were a Woman,” “The Bed You Made for Me,” “Somewhere Tonight” and “Cry, Cry, Cry.” The band won “Vocal Group of the Year” honors from both the Academy of Country Music and Country Music Association in 1988 and repeated those victories in 1989. Paulette moved on from the band in 1991 to raise her family, still doing some touring and recording. “I had a daughter and she traveled on the road with me”, recalls Paulette of juggling the demands of a successful country music career and motherhood. She briefly reunited with the band for its 10th anniversary in the mid 90’s to record and tour. Paulette has continued to be the consistent singer/songwriter that she has always been, a passion she’s had since her childhood in Moose Lake, Minnesota. After living the country life in Montana, this cowgirl is now back and ensconced in the Nashville community that she loves so much. This country chart topper is ready for the next phase of her career.